It is a dangerous but lucrative job. Explore this vast procedurally generated world with your jetpack. Extract the minerals with an explosive gel. Expand your mining platform. But most importantly: stay alive.

The game offers you:

the astronaut must be like: ''if I leave I could live my life normally, but if I stay, I could live in riches, sound good to me'' *leaves*

can you add cache saving?

Also, this game has the coolest rubble system I've ever seen.

Not to the web demo currently, it is a bit old. However, the newer demo in Steam has a progression-saving system.

It's just wonderful ! The most beautiful games I have ever seen!

What is the demo music?

LESS go full release. Can I have a key?

It is still an Early Access release. Unfortunately, I can not give away keys at this point,  because it would discourage others from buying the game. Sorry!

We are a very small team working hard on this game, so every review is appreciated.

Well within the next 7 days expect new steam download!

This is really well made, the controls can be a bit unwieldy at times but I think that actually works in the game's favour in this case, really emphasizing your need for the jetpack, my one complaint besides that and the one thing I think might actually detract from the game is you can kinda sequence break by buying stuff you're not supposed to buy and whatnot, this would normally be fine, but when you need to backtrack to replace something you bought with the stock thing for the game to recognize what you're doing it gets kinda annoying. Otherwise a really good demo, hope the full game has some critters of sorts or the like to, y'know, make it seem less isolated.

This makes me want to play this for hours holy shit

This game is realy good. I like it. I need more quests and content to continue playing

This game is super fun! Any chance it will be available for mac?

Yes, it is possible. However, I don't own a mac myself, so I would appreciate it if some people who do could join my Discord and help me to test it later:  https://discord.com/invite/aFvE3N3

i loved this game it was super fun

super cool game!I think there is a bug that when you buy a weapon before the quest appears, it doesn't check it as completed

Are you going to bring the full version to itch? (please do, I love the game but my physical computer is too much of a potato to even install steam I have to use a VM which isn't super powerful)

I understand your concern, and it is possible that at some point we will, but not initially. Managing one store is already a lot of work, and the full version is also tightly integrated with Steam services; there is multiplayer and Steam workshop support that I would have to disable. Additionally, I'm not sure if your computer will handle the full version because it is a bit more demanding (CPU wise) than the current Itch version. After all, the world generation is much more advanced. To test it out, you can download the Steam demo in VM, copy the files to a physical computer and it should still open and let you try.

There is going to be multiplayer!? What is planned?

Co-op multiplayer is planned. There is already a version in the current Steam demo; however, it has some bugs (I'm working on them).

Yes, that is a bug, that is currently in the Steam version too. You can pick up the previous jetpack and then the next one again to get unstuck, but I know that it is not perfect.

Reply
Mr. Dave Pizza287 days ago
Hi! I featured you on https://freegamevideos.com/blastronaut-itchio/ Your game ended up being the perfect sample for doing a let's play video for the first time. I just jumped right in and figured it out as I went. It was "a blast." I feel lucky that I got to play this game to see what exactly a mining platformer is. Looks really good and things moved along nicely with their bonus of occasional spontaneous physics!
Reply
Perfoon286 days ago(+2)

That is a nice surprise, thanks!

Somehow you managed you make a game better than Destiny 2 and Warframe, and I applaud you for this! I am literally addicted.

This game is amazing! I can totally see it taking off on its full release! Do you know of any indie studios or people looking for new ideas? I have a good game idea, but I barely know how to make a game.  Btw, I love your game!

Hi, thank you for the kind words. If you want to stay in touch and sometimes have a chat then you should join my small Discord group: https://discord.com/invite/aFvE3N3

Reply
Some random dude in game297 days ago

I just got a bug where you can't move, so I must use the guns recoil just to move, dying doesn't fix it. Is that a problem with my computer or with the game?

Hi,
In the web demo, the player can sometimes get stuck. I've managed to fix it in the new Steam demo, you should try that too.

Yep, these things are coming, you can try the new demo on Steam which already has some of these things.

I just discovered your game through SplatterCat's YouTube channel, and it was an incredibly uncanny experience.

Back in 2012, younger me made a mockup of a Mars terraforming game. I kept it all this time thinking that perhaps one day I'd get around to make it.

I'm so glad a much more competent person had a kind of similar idea and actually made it!

I just hope someday you can release it on macOS so I can play it and in a way experience my little dream game :D 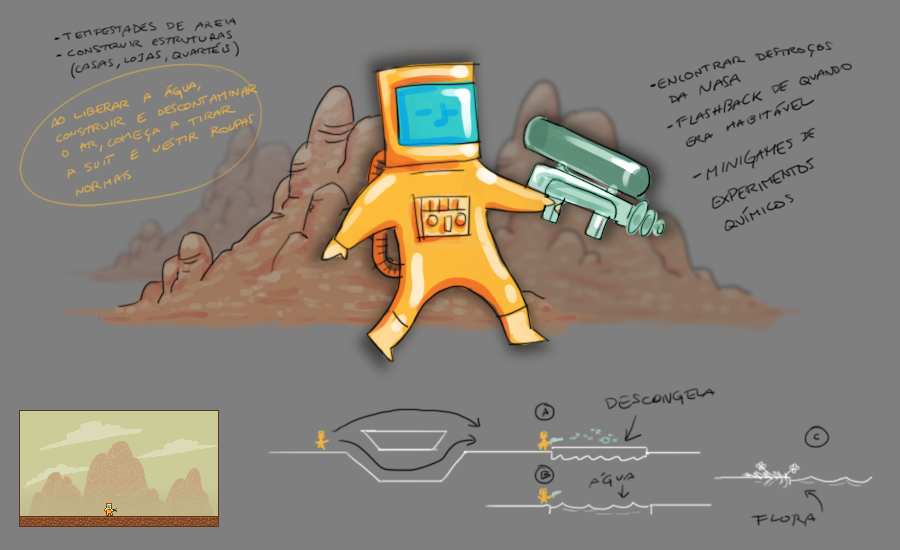 Thanks!
Your game concept is really cool as well. I think it could be turned into a completely original game. Terraforming in the third person would be cool, but so far Blastronaut doesn't allow to alter the environment other than destroying it. Maybe I will add something in that regard in a future update ;)

Thanks! You should also try the new demo on Steam.

i just wanted to know how many gun there in the early acess , i have found only 3 guns for now

A lot, I have made a weapon creation system that even allows the players to create their own and share them in the Steam workshop. You can try the current Steam Festival Demo and there are several new guns available.

how many are there

The BLASTRONAUT game is currently in development and it has not been released in Steam Early Access yet (but it is the plan). The current Web demo that you can see in Itch.io was released more than a year ago, and I think it only has 3 or 4 weapons, I don't really remember how many exactly. At the current moment, there is also a Steam Festival going on, which I have made a new Demo with multiplayer, crafting, enemies and other stuff. It also has more weapons. I recommend trying this new demo if you are interested. 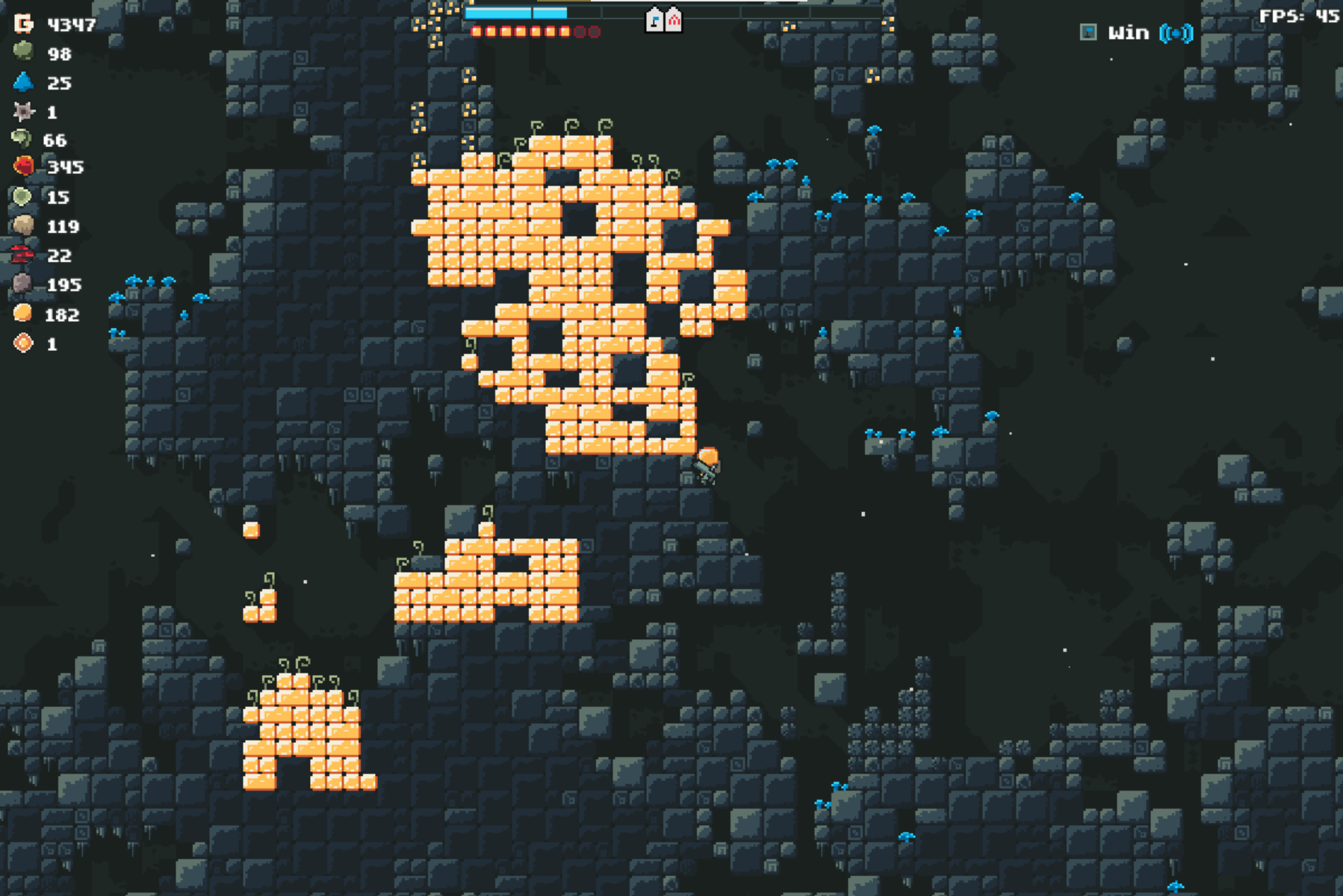 I'm currently focused on Steam. Because I'm using Steam multiplayer services, the Itch.IO version would be limited. However, the new Demo version (that includes multiplayer) is coming to Steam Next Festival and it is starting Today.

Ok, thanks for the info!

It is very fun and relaxing to play, i hope it gets a full release soon

this game is a mix of noita and terraria and i love it, please do more!

Very good little title you got here, I'm looking forward to it.

To reiterate what others have said, I agree that movement is a bit limited, as well a bit stiff. Up being the only consistently speedy direction you can go. I also had the issue of finding movement very slick, with it being very easy to slip off single-tile pillars, and the icy momentum the character has even on flat ground.

Something I noticed, is that using un-upgraded items was vastly more efficient than using the upgraded versions. Not only in fuel usage, but also in controllability, especially with the weapon, where the rifle wastes far more fuel in a single area where explosions will overlap. As such, that is what I reverted to after purchasing the upgrades, which is why I did not have the issues others brought up regarding not being able to break even with profits vs fuel usage.

Something I would personally suggest, is some way to tell depth other than ores. Due to the ability to see the skybox behind the character at all times, it feels you are perpetually near the surface, making vertical navigation somewhat surreal.

I must state however, as your Steam trailer shows a very different game compared to this demo, these are likely a moot points.

Best of luck on the final product.

Thank you for the feedback.
I think the points you are suggesting are still quite relevant and I have yet to solve some of them.

Well I wish you the best in solving them.

ooh just had a good idea while playing this again 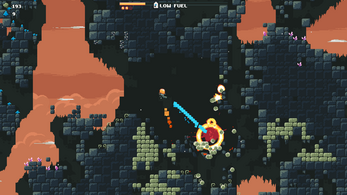 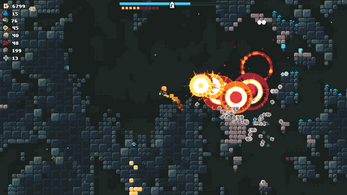 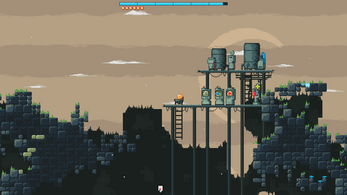 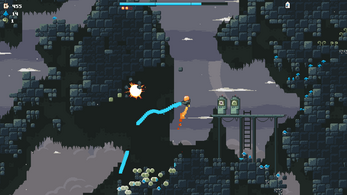