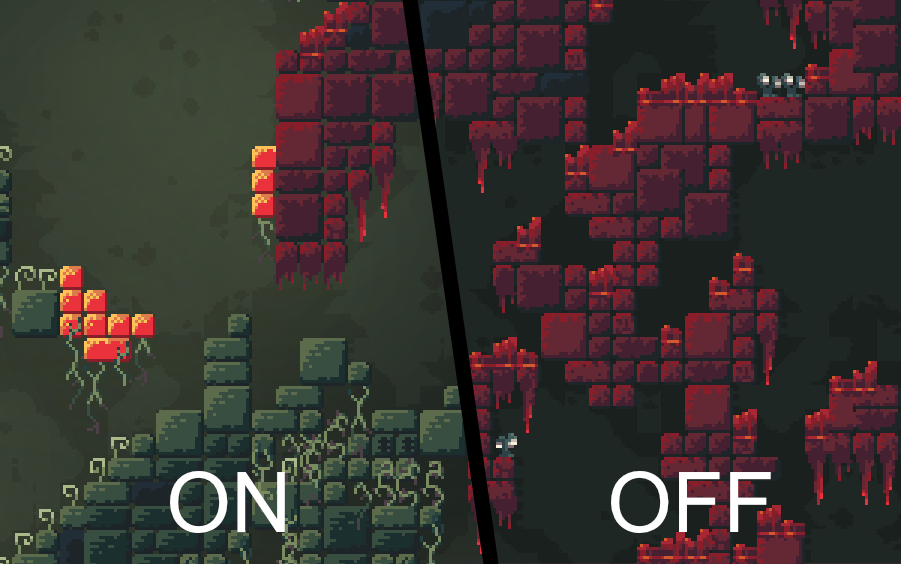 I have been looking for some technique or effect that would help the Blastronaut game to stand out more. I've been experimenting with post-effects and colour grading but nothing looked right, until now. Last week I added lighting effects, and it is actually a relatively simple technique that doesn't tax the GPU too much either. This is how the game looks with lighting:

Here is how I implemented it.  A cave without lighting looks as follows. 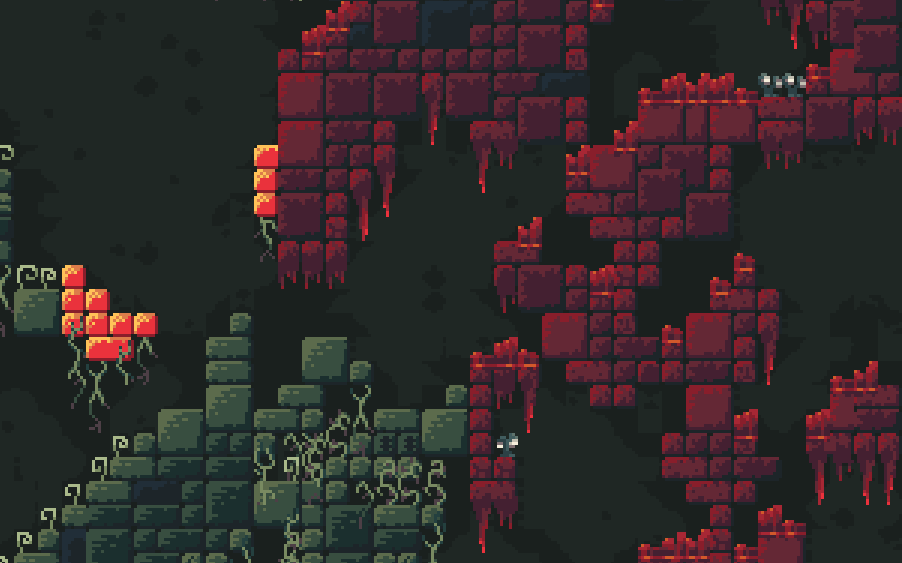 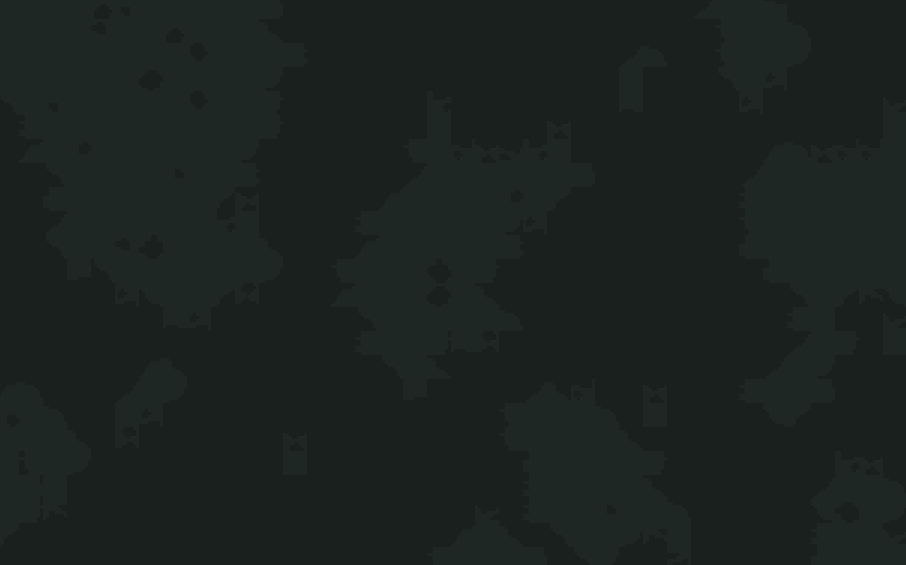 The lights are added to a different tilemap that is located between the background and foreground tilemaps. The tilemap is additively blended to the background and the light is just a big blob that is tinted to match the biome colour

Here is how the background layer looks after adding a lot of light blobs: 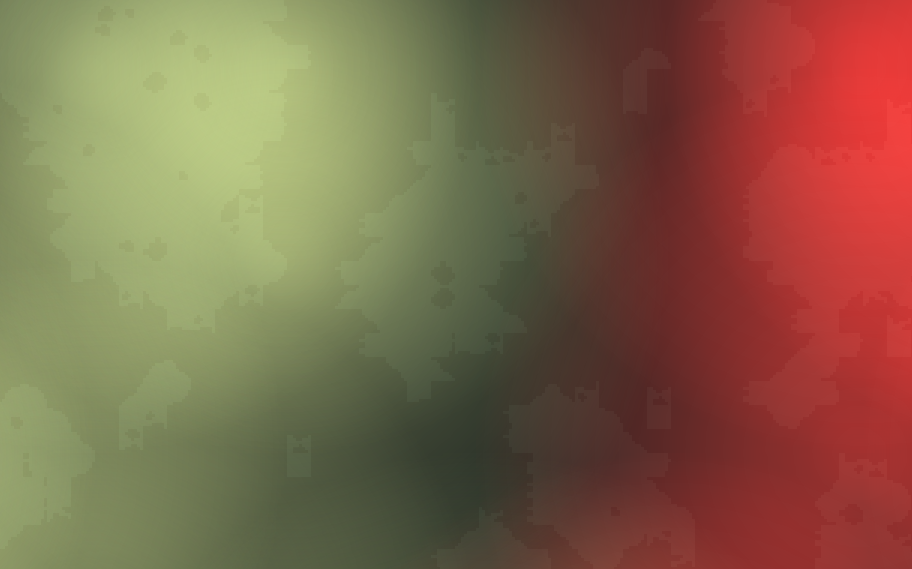 The light is toned down to keep the contrast and the foreground tile layers are rendered on top. 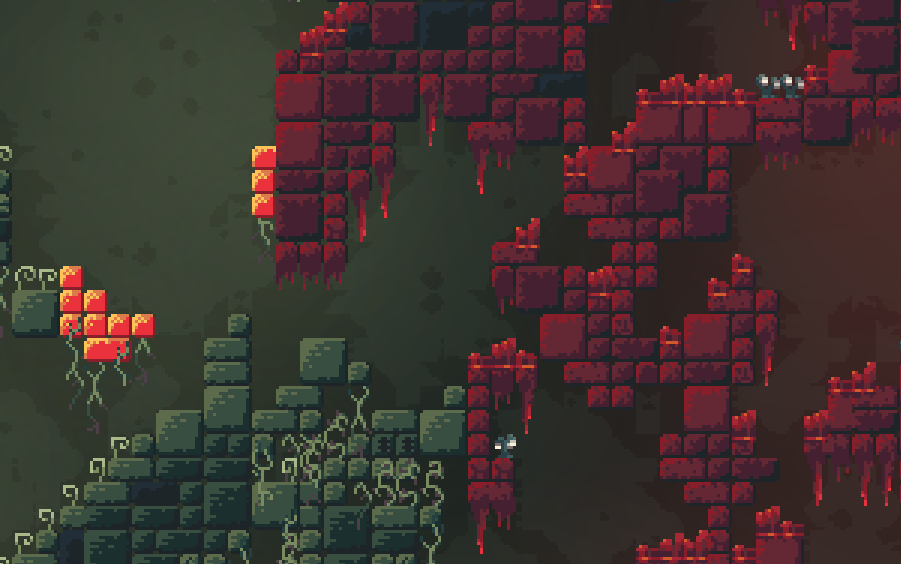 And that is the technique. I hope you liked it.

Don't forget to try the Blastronaut demo, although it doesn't have cool lighting effects yet, the gameplay is still really good.