Last week I described the process of making the cool looking key art for the BLASTRONAUT game. This time I will show you how I turned it into an animated call-to-action card that I'm planning to add to the end of my gameplay videos. 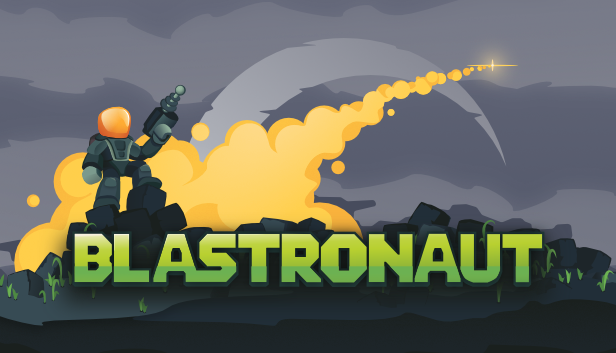 I made the key art in vector graphics using Affinity Designer. This meant that all the elements were already separate pieces. So the next step was to separate all the moving elements and export them as individual elements. 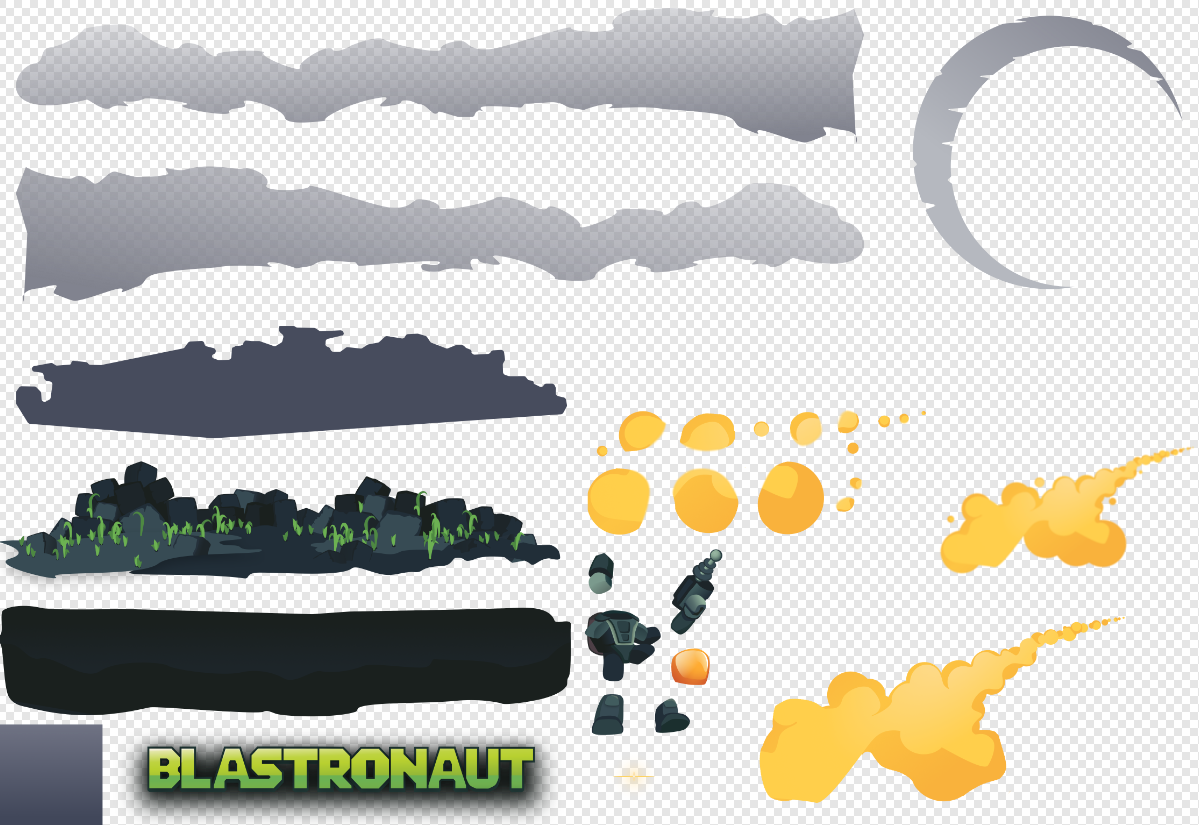 For making the video, I decided to use Davinci Resolve and it turned out to be quite a good choice. (I'm using the free version). So I made a new timeline and started to drag all the previously separated images to it. And initially, the timeline got really messy because each image occupied its own track. But then I discovered a great feature - the timelines can be nested, so instead of one monolithic timeline, I could make separate timelines for each thing (character, smoke) and put them all together in the main timeline. 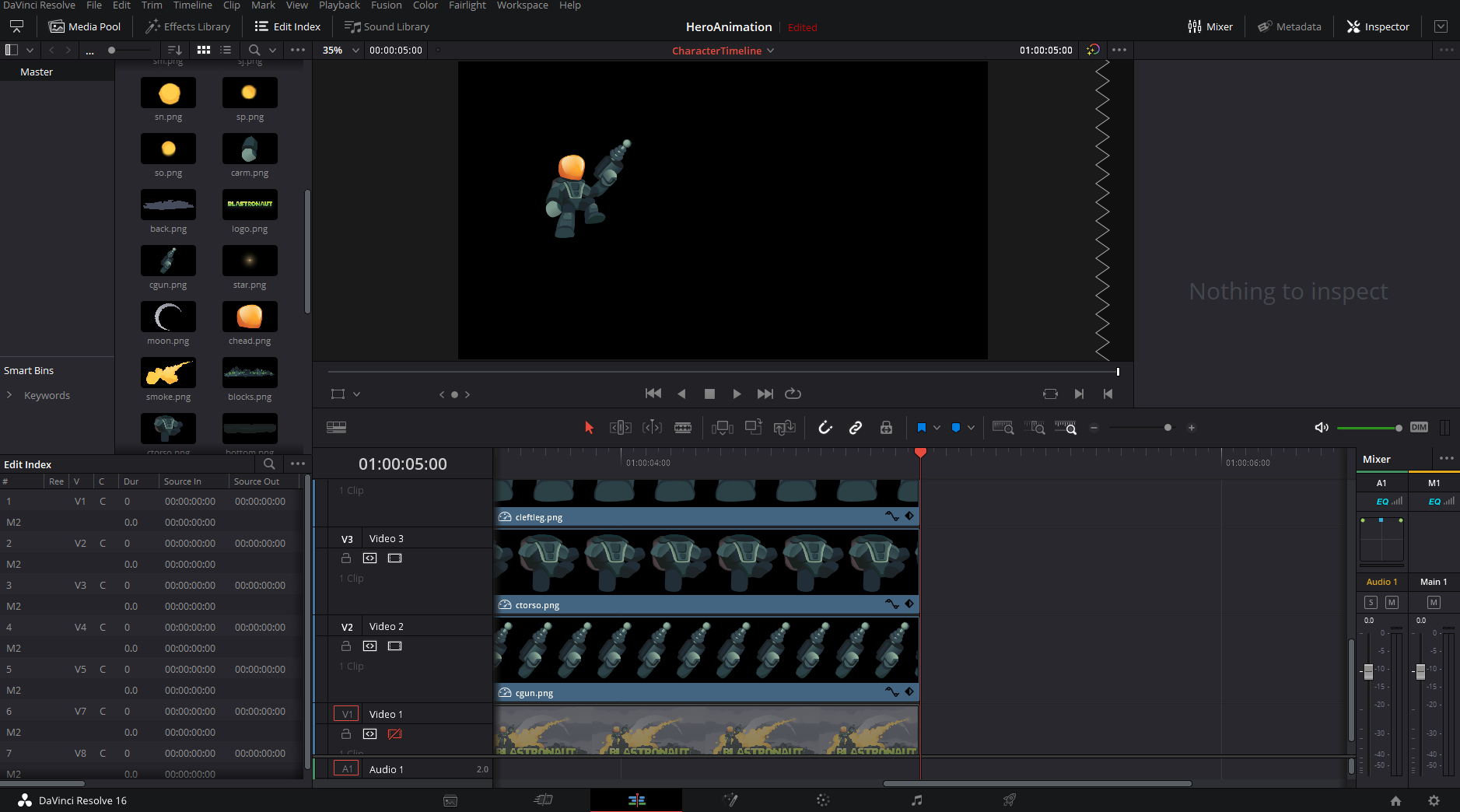 Animating the elements were also super easy, just added keyframes in the inspector panel and then slightly moved or rotated the pieces. Furthermore, because the character and smoke were animated on separate timelines I was able to easily animate them as a whole and make the whole perspective move separately from smaller parts.

When it was ready I also created a new timeline for the vertical version to use w mobile platforms. For this, I placed the main timeline in the middle and added coloured boxes to the top and bottom.

And that was it, the process took about 3 hours, but I think the result is worth the effort.
I hope it was informative and recommend trying the game if you haven't done it yet. Cheers!